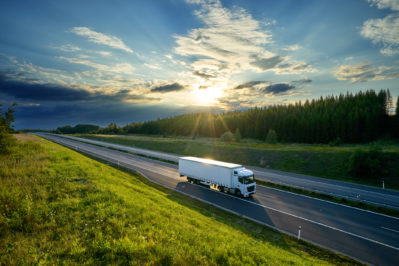 Millions of transportation workers who engage in interstate commerce now have the right to take their employers to court, and to participate in class-action lawsuits.

This follows a unanimous Supreme Court decision in January, after long-haul driver Dominic Oliveira felt trucking company New Prime had intentionally misclassified him in order to pay him less. But because Oliveira had signed a contract containing a forced-arbitration clause, he had no right to bring New Prime to court.

This new ruling proved successful for Oliveira, but Penn researchers view this decision as a positive step for other gig-economy workers too, such as Uber and Amazon drivers. PVMI affiliate Steve Viscelli, a researcher and senior fellow at the Kleinman Center for Energy Policy, wrote a brief for the Supreme Court case, noting that gig workers who cross state lines, “can no longer be forced into individual arbitration, which means they can join class-action suits.” He notes, “It’s only a carveout for transportation workers, but it’s a big change for that sector of the gig economy.” With adults engaged in gig work representing 34 percent of the entire workforce, “there’s likely going to be new law and potentially lots of legislation.”

Steve Viscelli is author of The Big Rig: Trucking and the Decline of the American Dream, and co-hosted PVMI’s “Connected Truck, Connected Car” Conference