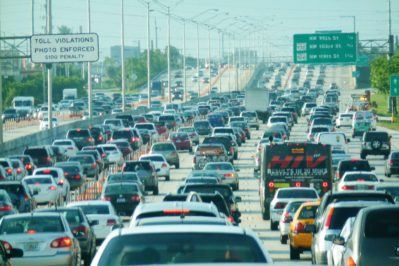 Overcrowded downtowns could see an increase in traffic thanks to autonomous vehicle (AV) technology, according to a new report released by the World Economic Forum and the Boston Consulting Group with the city of Boston. Using surveys and traffic simulations, the study found that AVs would draw travelers away from mass transit options and encourage automobile use for short trips in city centers.

PVMI member and study co-author John Moavenzadeh advises cities to take a proactive approach to dealing with these findings. “Cities need to actively explore policies and incentives, such as dynamic pricing, dedicated lanes, and redesign of the curb, to ensure that autonomous vehicles will achieve the full value for society that they promise. If such choices are not made, cities risk losing more than they will gain from autonomous vehicles.”

The study also found that AVs would substantially reduce the need for parking, offering opportunities to rethink how that space could be better used to relieve congestion.