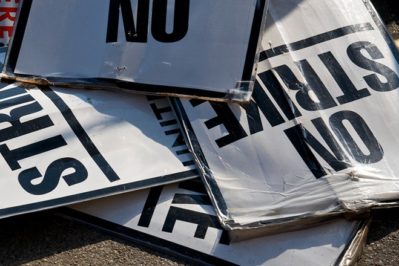 Workers at General Motors are on strike, costing the company an estimated $50 to $100 million of operating income each day. Around 46,000 full-time workers walked off the job a day after GM’s four-year agreement with United Auto Workers expired. The first large-scale auto industry strike since 2007, it has extensive economic implications.

In an interview on Knowledge@Wharton radio, PVMI director John Paul MacDuffie untangles a few of the many factors contributing to the tensions, such as GM’s 2018 reorganization plan which laid off 14,000 workers. MacDuffie identifies the growing trend of electric and hybrid cars as a major factor in this plan. “GM is like all the incumbent automakers, having to maintain a balance by keeping the legacy business going while investing massively in these new technologies, which are going to be so important in the next stage of our mobility,” says MacDuffie. He also describes the strike as an opportunity for the UAW to set a precedent that will ripple throughout the industry: “Picking one company first is common and then you hope the pattern holds with the others, and GM has been the most profitable [of the major auto companies].”

Listen to the podcast above, or read the full article here.