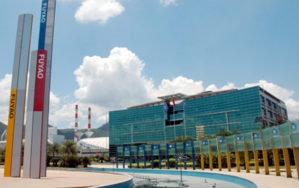 On his campaign trail, President Trump widely accused China of stealing American jobs and using unfair trade practices. But the reality is more complex: a Chinese firm recently bought a closed GM plant and turned it into a glass factory, in fact giving a lifeline in a hard-hit part of the Rust Belt.

According to PVMI researcher Susan Helper of Case Western Reserve University, the manufacturing sector across the United States has seen a historical decline in jobs since the 1960s. Some studies attribute around 25 percent of this decline to China’s rise. However, Chinese investment — such as through the Fuyao plant — could help, rather than hinder, efforts to bring back jobs in battered industrial cities such as Moraine, Ohio.