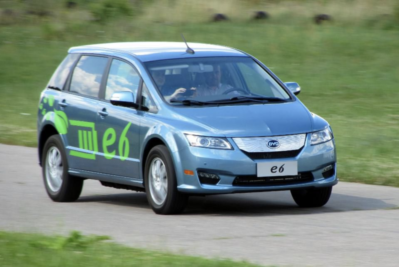 In the first half of 2018, China produced more than half of the global total of electric vehicles, and twice as many EVs as the year before. This acceleration could signal the emergence of a newly competitive Chinese auto industry.

In the past, China has struggled to compete with Western, Japanese, and Korean automakers with technological advantages, particularly in engines. “For the Chinese government, it has been really disappointing that domestic car manufacturers have not become export giants,” says PVMI Director John Paul McDuffie. But as EVs become more mainstream, China’s auto industry is growing into a leading player in the global car market. As the world’s largest manufacturer of automotive lithium-ion batteries and home to seven of the 13 biggest battery makers, China’s production volume of batteries is far from miniscule.

However, established competitors such as Volkswagen, GM, and Ford are also shifting their attention towards EVs, which could act as a major barrier for Chinese carmakers looking abroad. “We already know that Chinese consumers often prefer the foreign brand to the domestic brand,” says MacDuffie. “Many people thought that certainly by now, … the world would be flooded with inexpensive Chinese exports. … It hasn’t happened.”